EU and US race to Jupiter’s moons to be 1st to find extraterrestrial life out in the Universe. Who wants to finish 2nd? Doing what humans do best, gathering knowledge, so we all win. Mars may have fossils but live life is best. From mid-Atlantic alkaline hydrothermal vents to ice protected Jovian oceans? As The Martian says: Lets science the sh*t out of this! 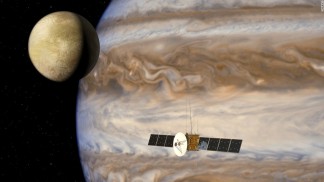 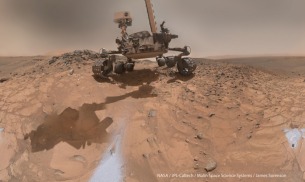 However, back here on Earth, some mad pursuit of emotion over reason continues: “Environmental threats have a habit of turning out less bad than feared … the remedies sometimes prove worse than the disease … the environmental movement has repeatedly denied people access to safer technologies and forced them to rely on dirtier, riskier or more harmful ones. It is adept at exploiting people’s suspicion of anything new. Indoor air pollution (cooking over wood fires indoors) is the world’s biggest cause of environmental death. It kills an estimated four million people every year. To argue that the increasingly small risk of dangerous climate change many decades hence is something they should be more worried about is positively obscene.” And Psychology is 60% wrong. Oh well.

Bioethics is seduced by fear too: “Biomedical research, then, promises vast increases in life, health, and flourishing. Just imagine how much happier you would be if a prematurely deceased loved one were alive, or a debilitated one were vigorous — and multiply that good by several billion, in perpetuity. Given this potential bonanza, the primary moral goal for today’s bioethics can be summarized in a single sentence. Get out of the way.”
However, the walrus seem to be happy

: “Pacific Walrus populations “increased from 50,000 to 100,000 animals in the late 1950s to more than 250,000 animals by 1985,” and they are believed to have now reached their maximum carrying capacity. Alarmists suggest the increasing use of land haul-outs is a sign of disaster, caused by the loss of sea ice. However all the evidence argues that as walrus populations increase, so does the use of land haul-outs. It is a sign of the walrus’ successful recovery. A beach packed with walruses is evidence of better conservation, not global warming doom.” Even the scare of irradiated food is now having the light of reason shone on it. Yum, goodbye bacteria poisoning. 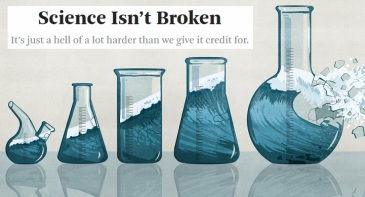 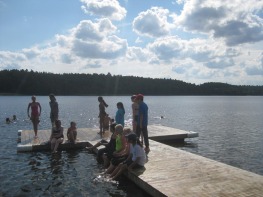 So, lets madly pursue reason, not be madly overcome by emotion: “The state of our science is strong, but it’s plagued by a universal problem: Science is hard — really f**king hard. If we’re going to rely on science as a means for reaching the truth — and it’s still the best tool we have — it’s important that we understand and respect just how difficult it is to get a rigorous result. Science is not a magic wand that turns everything it touches to truth. Instead, “science operates as a procedure of uncertainty reduction. The goal is to get less wrong over time.” The scientific method is the most rigorous path to knowledge, but it’s also messy and tough. Science deserves respect exactly because it is difficult.” So lets pursue knowledge that is hard, so all humans can enjoy the wonders of life on Earth …. and also those off it.

This entry was posted in Arctic, Astronomy, Extinction, Greens, Health, Optimism, Political Climate. Bookmark the permalink.
%d bloggers like this: